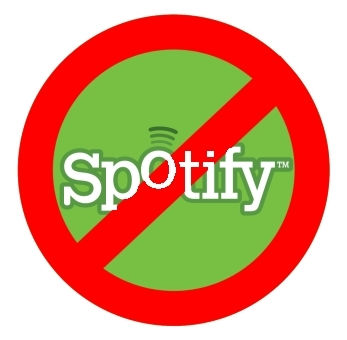 When spotify was announced, no-one was allowed to use it. You could sign up for invitations, similar to the way gmail.com worked for a while. I signed up, it seemed like it might be an interesting music service. They wanted my username, so I used the same one I do everywhere. Then I waited.

Some months later a friend said “Hey, I have some spotify invites, want to try it?” I said sure, took the code and went to log in with it. When it came time to put in my username it said I couldn’t use it, it was already taken. That was kind of good, since I had taken it. I contacted support to see how I could use my name. We interacted over a live chat.

But it still didn’t work. It still said the name existed. I gave it a day to see if a database cache needed to flush or something, but still no luck.

I contacted support again and the person nicely told me that once a username has been deleted it can never be used again by anyone ever. And it can’t be turned back on. It’s just gone.

By this time I’d sunk far more time into this service than I’d ever intended. To add insult to injury, they said they didn’t support my OS anyway, I’d have to buy an operating system and install it in a virtual machine or buy a whole new computer to use their “free” service.

That’s when I swore off Spotify. As far as I know I still can’t use my username there. There are docs now on how I can install the windows player with Wine, but who wants that?

I’ve asked a couple times now, and the answer is firm. I may never have the username topher1kenobe, and I should really stop asking.

Spotify has relented!  On a whim I tried making an account and it worked.

3 thoughts on “Why I don’t use Spotify”