This isn’t as deep as the title might insinuate. I noticed this post on Ed’s blog and realized I do half of that all the time. Whenever I do something new with Google, I search for Topher, so that the query is relatively static. So I’m fairly familiar with Topher’s Castle and it’s associated Breakfast Cereal Character Guide, both of which have been around for a LONG time in Internet years.. I used to be fairly near the top, but Topher Grace ruined that for most of us. Oddly enough, Topher’s Castle is still above Topher Grace.

A while back I started also clicking the Image Search tab on Topher, just to see what it would turn up. That’s how I found Topher ZiCornell (featured at right). For those who don’t know me, we look relatively similar.

I contacted him, and we swapped a few emails. We have a lot more in common than just our looks, it’s actually quite scary. 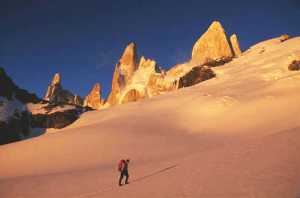 So, on with Ed’s post. I’m supposed to search for my name on Google’s Image search, pick a picture, and blog about it. I chose to do Topher instead of Chris or Christopher, because Topher is who I really am (Although this picture would make an interesting post). The picture on the right is the one I picked. That’s Topher Donahue, he works for Red Point Creative (which has no text version of their name on their homepage, they’re just lucky I was searching for Topher instead of Red Point Creative) as an Adventure Photo-Journalist, Published Photographer, and Seminar Facilitator. He teaches seminars on Creative Problem Solving, Team Building, and Inspiration. He’s an adrenaline junky who found a good way to make a living at it. 🙂 Fun game. Everyone who works there appears to be in the same boat. I sort of wish I did something like that, but I’m also happy with the life I have.

So, to all the Topher’s out there (even the deceased dog), yol bolsun!

3 thoughts on “Finding myself”