Last winter my wife’s grandma mentioned she was going to Georgia to visit her friend June.  I told her that sounded very nice.  Then she said "Her husband made airplanes, you like airplanes, right?"  I acknowledged that I did, and she said "Hold on, let me get The Magazine". 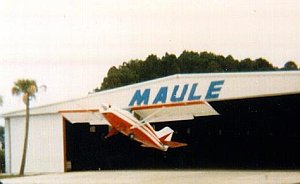 She came back a few minutes later with an issue of The Auto Pilot with a famous picture of a Maule flying out of its hanger.  She pointed and said "There, he made those".

"He worked for Maule aircraft?" I asked.

"No, her husband is Mr. Maule" she replied.

Wait, WHAT?  That’s like saying her friends husband Henry made cars; you know, Mrs. Ford?  Sure enough, my grandmother-in-law knows Mrs. Maule, wife of the creator of one of the coolest small aircraft in history. 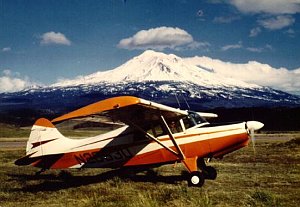 They could hold LOTS of stuff, take off and land on a dime, take tires, tundra tires, skis, or floats as its landing gear, and fly very slowly while staying in the air.  Maule aircraft are workhorses, plain and simple.  More than a Jeep, it’s like the Landrovers of old Africa.  It made them very popular in Alaska, Canada, and the American West.

One of the famous tricks if could do is start its takeoff roll from inside its hanger, and be in the air by the time it cleared the hanger doors.  You can see that in action in the photo above.

You can find out lots more good information at their website.

One thought on “Visiting Mrs. Maule”