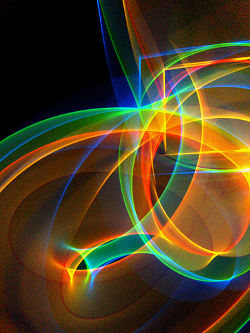 My friend Steve sent me an email yesterday with some sweet pictures in it. They were taken using a process called “camera tossing”, which oddly only sometimes includes actually tossing the camera. Basically you move the camera while the lens is open. You’d think that would simply generate blurry images, but apparently if you do it right it’s amazing.

The email he sent me referred to a Flickr Group from whence the picture on the right came. It’s very easy to get sucked into just flipping through picture after picture, I highly recommend it.