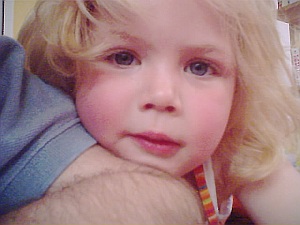 Ed sat next to me at Urban Mill this morning, and as I was leaving, he handed me his Philips Keyring Camera. He said Alan wanted to check it out, and possibly buy it, and he thought I’d see Alan before he would. So, today I rudely used it without asking first. Sorry Ed.

Last summer for Father’s Day I got a small inexpensive camera that I don’t even remember the name of now. I used it for a couple weeks, but I could never make it turn out the quality I wanted, so it’s actually for sale if anyone’s interested. So I was naturally curious about another small camera that was twice as much money.

First off, it’s made of metal, and not plastic. Bonus points right there. Second, you can cover the lense when it’s not in use, mine couldn’t. Third, it has a USB plug on the end, so you just plug it in and go. Mine needs a wire.

But what about quality? My little cam tended to have a yellow tint, and blurred if I was breathing when I took the picture. The Phillips is more forgiving. Neither have a flash, so light can be an issue. Click the picture of Molly above there to see samples. Molly’s the older of our kids, Sophi’s the younger. The kids pictures were taken inside in a well, naturally lit room. The outside pics were taken on a partly cloudy day. The sun wasn’t shining directly on me, but it wasn’t a dim cloudy day either. The glasses are at Peir 1, under spot lights.

All in all, I like it a lot better than mine, and might consider getting one, we’ll have to see.