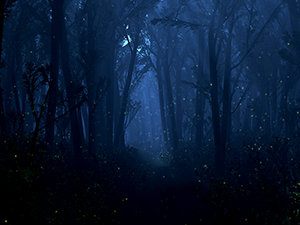 I’ve been a subscriber to Digital Blasphemy for years now, and an admirer for years before that.  Ryan Bliss makes his living creating computer desktop wallpapers.  You can get his stuff as posters too, and smoe calendars, but they’re intended for computer desktops.

Today he released what I think is my favorite one ever.  It’s called Summerwood, and it’s an evening/summer version of Springwood, which is daytime and very green.  I think I like it so much partly because it reminds me of home when I was a kid.  There were times when I spent the whole night tearing around outside, chasing deer, finding porcupines, etc.

Also, it works very well with the way I work on my desktop.  At the moment, you can click the Current Desktop icon in my sidebar and see it in action.  With my semi-transparent terminal windows with white text, it’s fabulous.

You can get some free samples here, or you can sign up here.  It’s relatively inexpensive, and I like what he makes.