Waylon Jennings was the balladeer for the Dukes of Hazzard.  If not for that, I’m not sure I would have heard any of his 80 or so albums.  It did however, embed the sound of his voice in my head forever. 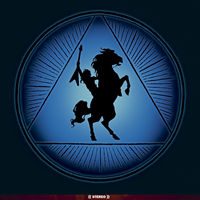 His son, Waylon "Shooter" Jr. has become a great musician in his own right.  His recent album "Electric Rodeo" is an interesting mix of solid rock and pure, unadulterated, stereotypical country.  I’m not really a country fan at all, but most of his really country stuff is funny, and sort of mocks itself.

In most of the rock stuff he sounds pretty unique, but when he does the country stuff I’d swear it was his dad.  On this album he mentions his dad quite a bit, talking about how his dad told him not to do it for the money, it never brought him anything but heartache anyway.

It’s good stuff, you should give it a shot, even if you hate country.