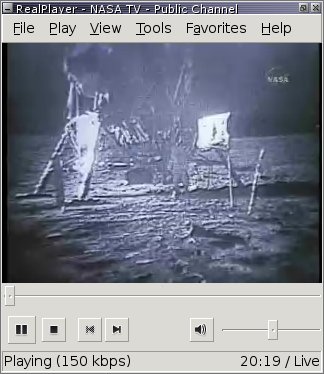 I’ve known NASA had a TV channel, and I’ve known they let you stream it online, but for some reason I just never watch.

Today I happened to see the link and just clicked it to see what was on. I got to see the first Apollo moon landing, from the point where they were approaching the moon to the point where they lifted off the moon. Interspersed were scenes from around the world of people gathered around televisions in awe of what was going on. It was very stirring.

NASA TV streams in video in Real, WMV, and Quicktime, and in audio only in Real. I highly recommend checking it out every now and again.

One thought on “NASA TV”