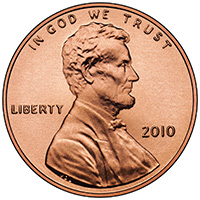 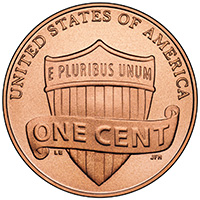 Hi, I’m Topher, and I’m a numismatist. Long time readers will have noticed that I post about US currency once in a while, and today I noticed we have a new penny coming.

The most notable difference is the reverse, here’s a description of it:

The 13 vertical stripes of the shield represent the states joined in one compact union to support the federal government, represented by the horizontal bar above. The horizontal bar features the inscription E PLURIBUS UNUM—”out of many, one”—while the inscription UNITED STATES OF AMERICA is depicted along the upper rim of the coin. The union shield, which dates back to the 1780s, was used widely during the Civil War. The shield is also featured on frescoes by Constantino Brumidi throughout the halls of the U.S. Capitol Building completed in the mid-19th century.

There’s a great write-up at usmint.gov. They also list the proposed versions that didn’t make it.

One thought on “New pennies!”